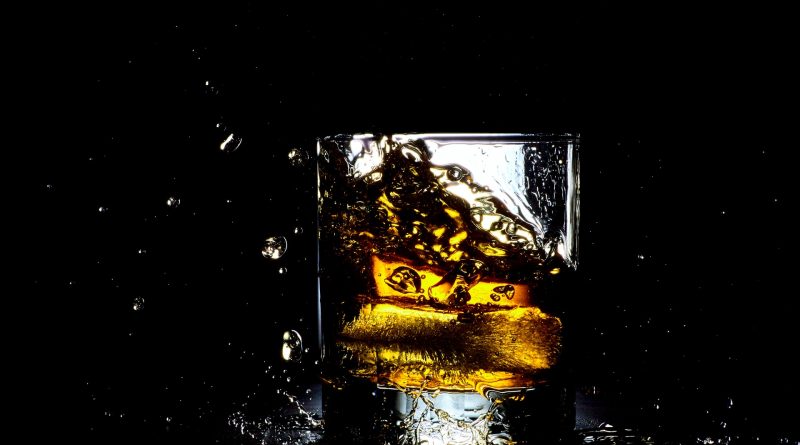 I’ve been on a whiskey kick lately. I’ve always enjoyed harder spirits, but until recently I hadn’t done a deep dive into the world of Bourbon, Scotch and Whiskey.

In trying a variety of whiskeys I moved my way way up from the “easy finds”, the kind of whiskey you can find in most stores. These are typically in the 20-30 dollar range. Four Roses, Knob Creek, and other entry level whiskeys in that price range.

I worked my up to higher level offerings, Four Roses Single Barrel, Old Forester 1920, and Weller Antique 107 to name just a few.

All of those were easy drinkers, simply pour and enjoy.

But then I tried Wild Turkey Rare Breed.

Wild Turkey Rare Breed was getting rave reviews on all the forums I followed, so I figured it had to be a “hit”.

So I went back to the forums to see what people were saying.

As it turns out, a lot of the higher proof alcohols need to be aerated before they release their flavor profile. This was the case with Wild Turkey Rare Breed. What I initially thought was a flop, turned out to be an incredibly rich dram, but required proper aeration to get the full flavor.

This post will explain why you need to let your whiskey breathe and how to do it.

Why You Need to Let Your Whiskey Breathe

So why do you need to let some whiskey’s breathe to really get the best taste out of them?

According to Paul S. Hughes (author of “The Science and Commerce of Whisky“), whiskey that exceeds 17 percent ABV has a tendency to have it’s alcohol molecules distributed unevenly.

If you add just a tiny bit of water to your whiskey (not my recommendation, I prefer no water in my whiskey), or let it sit for a bit (about 1 minute for every year the whiskey is aged) then the alcohol becomes more evenly dispersed.

When the alcohol is more evenly dispersed that’s when the true flavors of your drink will come out.

My research led me to find that you don’t need to let a full bottle of whiskey breathe (whiskey is different than wine in this regard, you may want to let a bottle of wine breathe). You’ll want to aerate each glass you drink separately.

How Do You Let Bourbon Breathe?

As stated above, one way to let your whiskey breathe is to simply let it sit before drinking it. Pour it about 10 minutes before you plan on drinking it and you’ll likely be safe.

You can also swish your glass around before drinking it to help speed up the aeration process.

I was on a FaceBook group the other day and someone was talking about how to speed up the process of letting your whiskey breathe. They showed a video of a rotating glass. It was a glass made specifically for aerating whiskey.

This glass looks like it will work great for quickly aerating your whiskey.

I haven’t tried it yet but it’s on it’s way. I’ll be updating this blog post with my experience when I get it. Needless to say I’m excited to “give it a spin”.

If you are new to the world of bourbon, and especially if you’re just trying barrel strength bourbon and whiskeys for the first time, you’ll want to know this trick about letting whiskey breathe.

Don’t be too quick to give up on a whiskey if it seems overpowering at first.

Simply aerate your dram, and you’ll find that the whiskey flavor will evolve into something much more complex than it was when it was first poured.