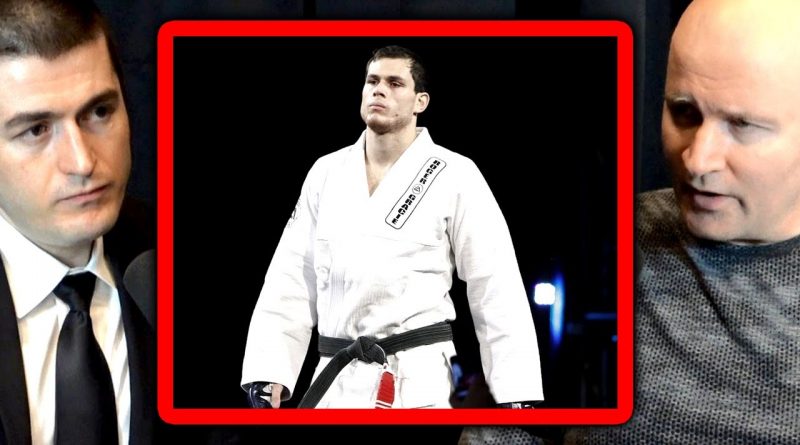 Lex Fridman is quite an interesting individual. He works in the field of artificial intelligence researching autonomous vehicles and machine learning at MIT. He’s also a musician, podcaster, and has a black belt in Brazilian Jiu Jitsu. I first became aware of Lex when he did the Joe Rogan podcast where they discussed everything from artificial intelligence to the poor judgement of wearing a tie in a street fight.

John Danaher is a world class jiu jitsu coach. He is most known for teaching out of Renzo Gracie’s academy, developing the “Danaher Death Squad”, which has produced such notable athletes as Gordon Ryan, Nicky Ryan, Garry Tonon among others.

John Danaher spent most of his childhood in New Zealand. He traveled to the states to study philosophy at Columbia University in Manhattan, and while attending college he worked as a bouncer at Manhattan night clubs.

Danaher’s work as a bouncer eventually led him to study martial arts at Renzo Gracie’s academy in New York. Though he struggled with leg and hip issues and was not able to compete himself he became a highly skillful coach, working with greats such as Georges St-Pierre and Chris Weidman.

Danaher’s teaching style is known to be very articulate, logical and verbose. He has released a wide range of DVDs on the BJJ Fanatics site that describe in great detail the methods he used to produce champions in jiu jitsu and MMA.

Needless to say both of these men are fascinating individuals and I was very excited to dive into this podcast.

With both men having a deep background in jiu jitsu you would expect the podcast to start off with a discussion of fighting. That’s why it was so refreshing when Lex Fridman started the conversation asking John Danaher’s thoughts on the nature of death.

With Danaher’s deep background in philosophy, and being very familiar with his deeply thoughtful way of speaking about fighting in general I was eager to hear Danaher’s thoughts on the subject.

Rather than give it away I’ll provide a clip from the show:

The entire episode was equally enjoyable. They covered a wide range of topics, including deep dives into jiu jitsu, where Lex Fridman had the opportunity to get some insight into his own development as a practitioner from the great master Danaher.

If you’re interested in reading more about John Danaher, the publisher “Heroes of the Art” has compiled a series of books entitled “The Danaher Diaries” that document Danaher’s thoughts on subjects regarding fighting and life in general.