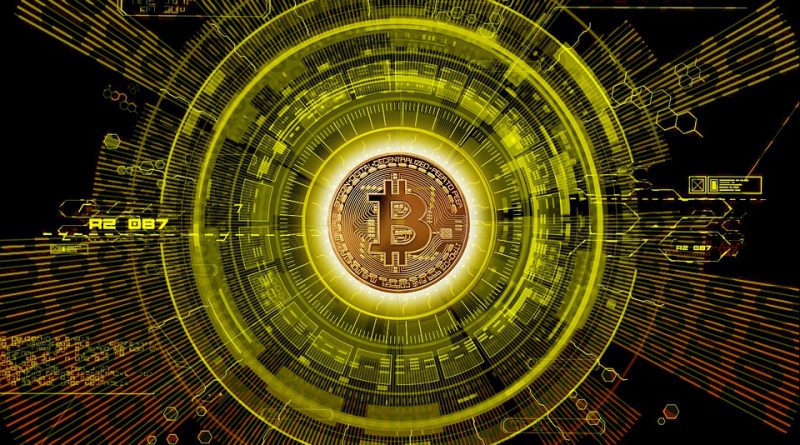 Lately I’ve been giving a lot of thought to getting into blockchain in some capacity. It’s come up more than a few times in the software development circles I run in, and I’ve talked to two people recently who claim to have made a profit trading in bitcoin. A buddy of mine has been trying to get me to invest in bitcoin for a few years, but I’ve been skeptical. It seems too volatile for my tastes right now. Nor am I sure I want to get into the business of actually mining for bitcoin. But I do think there is something of value in the underlying technology, namely blockchain.

Blockchain, in the most simple terms, is basically a ledger. That’s it. An example of it’s usage would be in sending money. If you and I are sharing a ledger, I can add money to yours, and you could do the same for mine. In very basic terms that is what cryptocurrencies like bitcoin use blockchain to do, update ledger entries.

But what makes blockchain special as a ledger? Well, for starters, each “block” in the “chain” is immutable. That’s technical jargon for saying that it can’t be changed. It is essentially a permanent record of the transaction that takes place in the ledger.

It accomplishes this security by adding a secret key to each block, called a hash. This hash encrypts the data (in the example above the data would be the dollar amount being transferred). If the data is tampered with then the hash would be invalid. It also contains the hash of the previous block. Did you get that last point? It contains the hash of the previous block in the chain. This means that each block in the chain contains security of the other blocks in the chain. So if one block is tampered with, the whole chain becomes invalid.

Blockchains are shared via a Peer-to-Peer (P2P) network. Most networks are centralized networks. Think of social network like Facebook. All the data Facebook stores is on a centralized set of computers (also known as “servers”) that we all subscribe to when we log into Facebook to check our feed. But blockchains are stored on every participants computer (also known as a “node”) on a network. So if you and I choose to share a blockchain we will both have an exact copy of the blockchain on our machines, rather than calling out to a centralized server to get the data.

Sounds Like Blockchain Could Be Slow and Cumbersome, Right?

That’s right. Blockchains are known to be slow and cumbersome. Especially when you consider that each addition to the blockchain requires something called a “proof of work” before the update can take place. In the case of bitcoin this proof of work can take 10 minutes to complete.

The blockchain for bitcoin specifically is currently around 150 gigabytes in size. That is A LOT of data to be moving around on nodes on a network. But there are developers trying to solve for this problem. A technology like IOTA’s Tangle removes the linearity from blockchain, enabling users on the P2P network to only need a portion of the Tangle on their machine and still be able to verify all the data on the Tangle. There is also something known as a “Lightning Network”, which acts as a way for you to share a portion of a blockchain with another user(s), update that portion as often as you’d like, but not have to update the full blockchain until you decide to broadcast the contents of that Lightning Network back up to the blockchain. This eliminates having to update huge amounts of data for every transaction.

OK, Enough Technical Nonsense, What Can Blockchain Do For Me?

Good question. What use is all this technology? Well, that is what I’m trying figure out. Clearly if you’re interested in risky investing, then you can drop some coinage in the bitcoin market.

If you’re even remotely technically savvy you could purchase a bitcoin miner. This is basically a computer that goes out in the internet and “mines” bitcoins. Think of the Old West Gold Rush in the United States. Miners flocked to the western part of the country with their pick-axes and shovels and looked for gold. That’s essentially what these bitcoin mining computers do.

I haven’t tried mining for bitcoin, but miners state online that you seem to recoup your investment in about 4 months. It sounds like if you buy a $400 dollar miner, then it would take about 4 months to see a $400 dollar profit. That’s about $100 dollars a month if the miner is running all the time. I’m not sure if these are accurate numbers, I’m just repeating what I’ve read online and heard on YouTube, but I may try this myself. I guess the main drawbacks are that they user a lot of electricity, are noisy, loud and run hot. Might be a worthwhile experiment though.

Other than crypto currency some ideas floating around online for blockchain include:

Imagine only having to pay for auto-insurance during the time that you’re in your car, or if you’re a musician being able to pass metadata along with your song so that you can have the song know where to send profits from streaming? You can see how this technology could impact your bottom line.

Another problem that blockchain can potentially solve is the issue with online identity, and being able to finally own your online identity. Right now when you give data to social media sites they own that data. They own your pictures, comments, etc., and can do with them what they like. Blockchain could potentially allow you to “travel the internet”, carrying all the collateral associated with your online identity in an electronic passport. You could then allow online services to access only those parts of your online identity that you choose, and revoke those privileges at any time. Check out Sir Tim Beners-Lee’s new project “Solid“. This project is attempting to pave the way for this type of usage.

Probably the most interesting potential for this technology is that prospect of mitigating “remittance ripoff”. Think about the high cost of transferring funds around the world. Imagine you’re a migrant worker sending money to family back in your home country. When you get paid, you go to the bank, wire the money to your family. The bank charges a fee for this, and the funds transfer to other 3rd party services, all charging a fee, and then several days later your family finally receives the money, and you’ve been charged an exorbitant amount for the service. Don Tapscott stated it like this, some people have “appropriated the largesse of the digital age asymmetrically. We have wealth creation but we have growing social inequality”.

Image too, that your family owns a piece of land, and have the papers to prove it. It is not unheard of in certain parts of the world that a government entity could claim that the deed to the land is not valid, and take the land from you. Now imagine what would happen to your family for generations to come because of that action. Not only do you no longer have your land, but you lose the ability to borrow money against that land, the ability to work it for profit, and the ability to pass it down to future generations.

With the immutability of transactions inherent in blockchain these problems of inequality could be solved. It could build an internet of value, a democratization of the internet that everyone could participate, and potentially build wealth for billions of people.

I’m not sure where blockchain will actually lead, but I’m excited about the prospect. We didn’t know where the internet would go when it was first created, but look at all the wealth it’s created. We didn’t even know what value an airplane could possibly have when the Wright Brothers finally solved the problem of flight, but the value became apparent in short time. I feel like that’s where we are at with blockchain, and I’m going to keep an eye it and see what opportunities rise. Will you?