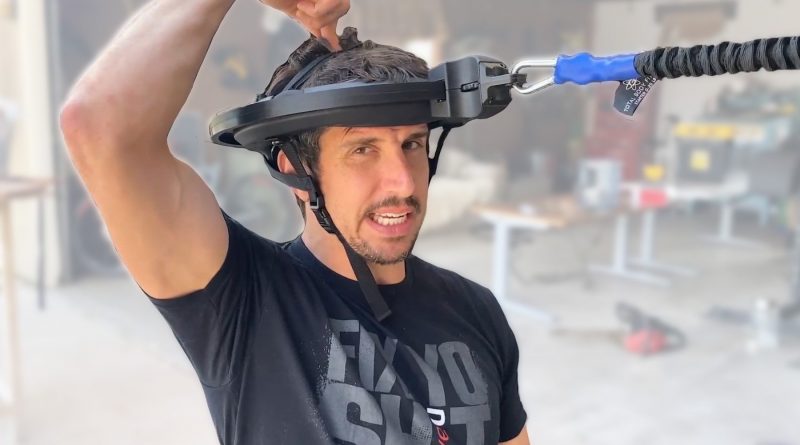 I was watching an episode of Joe Rogan not long ago and he was raving about the benefits he’s received using the Iron Neck machine. Rogan had some neck issues built up over time from doing jiu jitsu, and he claims that the Iron Neck helped alleviate those problems. Apparently Aaron Pico uses one as well, and according to Rogan, Pico claims it has turned his neck into a weapon.

As a grappler I’m also interested in way to strengthen the neck. There are a varieties of standard ways grapplers train their neck, doing neck bridges, neck curls etc., but the Iron Neck look like it would be worth exploring.

The Iron Neck was invented by Mike Jolly in an attempt to lessen the impact of CTE in athletes. Jolly investigated ways to prevent concussion and focused on two particular areas, training the neck as a proactive measure to reduce concussion, and the potential impact of rotational forces on the brain.

This research led him to the conclusion that if an athlete could slow head acceleration then they could reduce the possibility of concussion.

The traditional neck training exercises were good for concentric training but they didn’t address all every position that the neck could move. Thus was born the Iron Neck Machine.

In addition to strengthening your neck, they claim that this can be used to alleviate neck and back pain, as well as a rehabilitation device for whiplash and injuries.

A quick internet search revealed that this is another benefit of the Iron Neck machine. Since I work at a computer so much forward neck posture is definitely something I struggle with. I would be curious if this device could be another tool in my arsenal for correcting that.

Ultimately though my interest in this machine is as a jiu jitsu practitioner. The benefits of a stronger neck for any athletic endeavor are apperent, and especially so if you’re a grappler.

Check out Joe Rogan talking about the Iron Neck: